NUCLEAR FAMILY, a short film by the young Belgian director Faustine Crespy began her career on a high note. Its first selection within the Le Court en dit Long festival, organized by the Centre Wallonie-Bruxelles in Paris, allowed the film to win its first prize: Best actor for Louka Minnella.

After this first success, NUCLEAR FAMILY has also been selected at the BSFF / Brussels Short Film Festivalin the national competition. 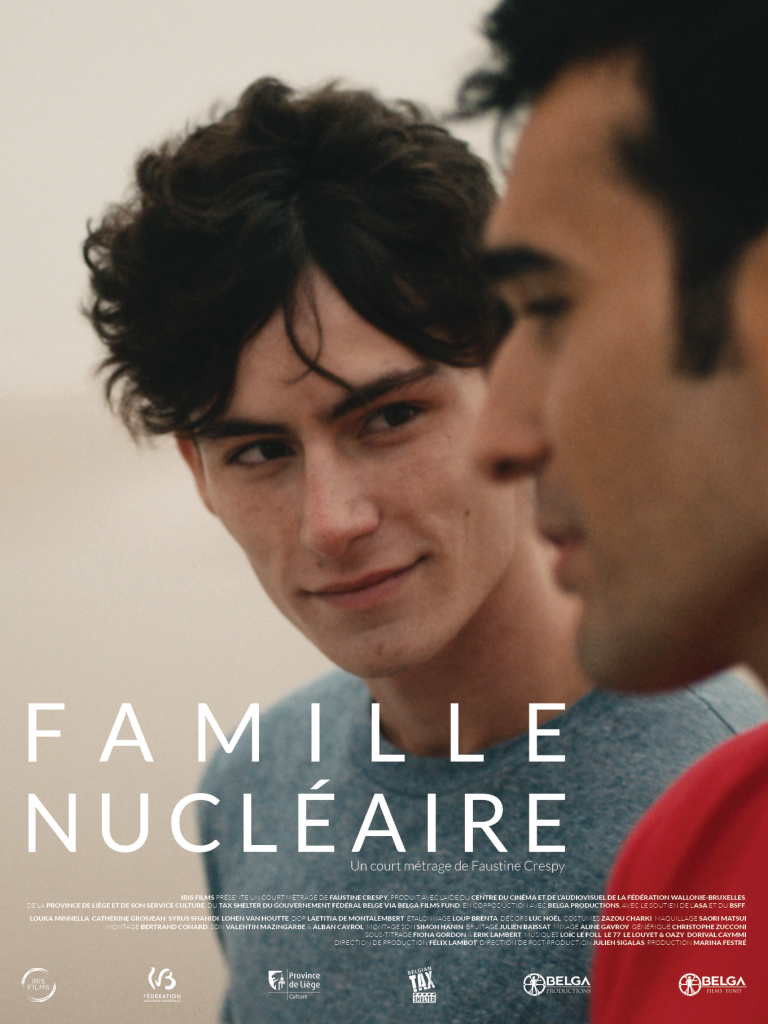 SYNOPSIS : Jules, 18 years old, reluctantly spends his holidays in the naturist campsite of his childhood. He is torn between his attraction for the beautiful Karim, a seasonal worker on the textile beach, and the depression of his mother Adèle, who refuses to let him grow up.

Directed by Faustine Crespy, NUCLEAR FAMILY is a Iris Films (BE) production with the support of the Centre du Cinéma et de l’Audiovisuel de la Fédération Wallonie-Bruxelles, the Province of Liège and its Culture service, the Tax Shelter of the Belgian federal Government via Belga Film Fund, in coproduction with Belga Productions. International sales are handled by the Agence du Court Métrage Belge.